We have exported flap disc production machine for many times, and the delivery time is punctual. The two flap disc machines have delivered within one month.

The specification of fully automatic flap disc machine as follows: 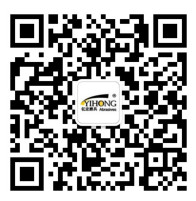